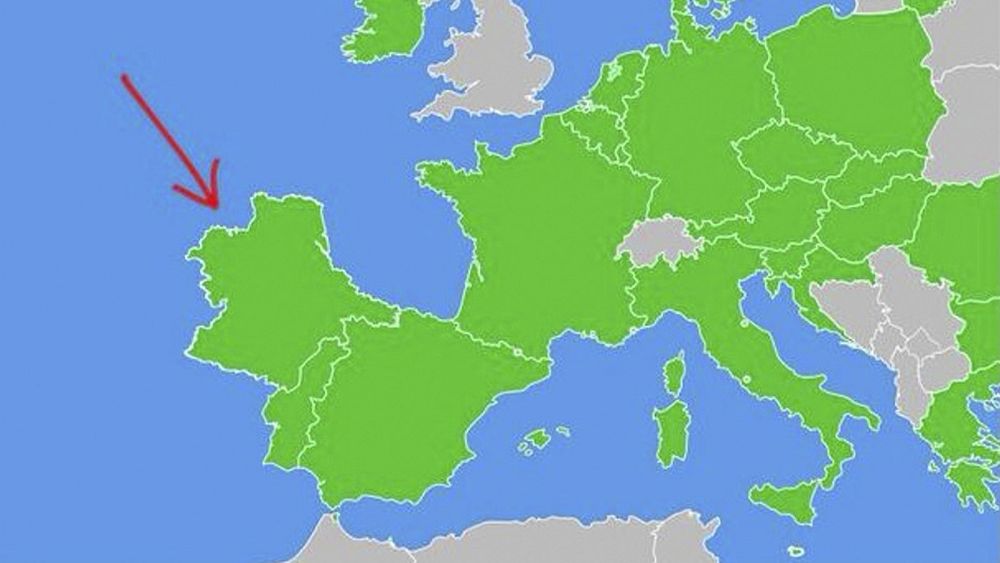 What is Listenbourg? Why is it going viral on Twitter? Why has the meme become so important in Europe?

It took just three days after a photoshopped map showing Listenburg – a fictional country randomly tacked on the Iberian Peninsula – appeared on social media for the joke to take the world by storm.

At first, it was nothing more than a slap in the face at Americans and their supposed ignorance of geography.

“I’m sure Americans don’t even know the name of this country,” Twitter user Gaspardo said Oct. 30, accompanying a map with a red arrow pointing to the slab of land generously added to Spain and in Portugal and colored green, implying it was an EU member state.

Another user immediately replied: “Who does not know Listenbourg?” – and the meme was born.

At the time of writing, the post has garnered over 95,000 likes and thousands of shares on Twitter.

Meanwhile, some have decided to take trolling to another level, claiming that the place is actually real.

A high-definition satellite map replaced the original, while on Reddit a channel soon sprang up claiming that Listenbourg has its own Formula 1 Grand Prix and that its astronauts were part of a mission to the Moon.

Others quickly organized themselves around what they call the “extreme center party”, whose leader has pledged to “restore the image of Listenbourg abroad”, while his alleged ministry of the Interior was already offering to answer all the questions concerning his identity papers and his visas.

Another post on Twitter claimed that the king of Listenbourg, Listen XV, was in fact the first Sun King, going to war against Louis XIV for the prestigious title in 1661.

A national anthem accompanied by a red and white flag emblazoned with a golden eagle appeared almost instantly on YouTube on a supposedly official Listenbourg government account.

The French Wikipedia entry for the Republic of Listenbourg, further detailing its supposed history, has since been removed.

Although all this is fictitious, Internet users never tire of social networks and major professional accounts such as that of the Toulouse Football Club have fully invested in the meme.

The Formula 1 racing joke has been picked up and backed up by Julien Febreau, a well-known French sports commentator for Canal+, and others, like the French national hockey team, are making ironic demands for Listenbourg to join the international competitions.

Why has the joke taken on so much importance in France and in Europe?

Like many other countries and regions in Europe, France has been the victim of poor geographic capture from US-based outlets.

Famously, in 2005, CNN mistakenly placed Toulouse and Strasbourg in Switzerland and Germany.

CNN also placed the Ukrainian region of Donbass in Pakistan – an entire continent away – after war first broke out in the Eastern European country in 2014.

Slovakia and Slovenia get confused so often that the latter considered redesigning its flag in 2004 to help avoid future confusion.

And after the suspects of the 2013 Boston Marathon bombing were identified as being of Chechen descent, a flurry of comments from those who confused Chechnya with the Czech Republic forced the Czech ambassador to the United States to publicly clarify the difference between the two places.

What are some other famous fake countries?

Molvania is a great example of another completely made-up state created to highlight the lack of awareness – and tact – when it comes to lesser-known parts of the world.

The imaginary post-Soviet state described as the ‘cradle of whooping cough’ was an off-the-cuff creation of a group of Australian comedians known as The D-Generation, published as a travel guide to poke fun at approaches colonial and imperial. to gender.

Similarly, Yugoslavia – a non-existent country that came out of a misnomer for both Yugoslavia and Slovakia – is used as a pleasant dismissal of those with a faulty knowledge of Central and Eastern Europe, getting a occasional inside-know chuckle on social media.

Borduria and Syldavia, two fictional Balkan countries appearing in the graphic novel The Adventures of Tintin, also deserve mention as locations used to highlight stereotypes about southeastern parts of the continent.

And then there’s Absurdistan, a term used by Soviet dissidents to describe part or all of the USSR and its satellite states, including former Czech President Vaclav Havel.

Some unrecognized microstates are also worth including, like the tongue-in-cheek kingdom of Wallachia in the Czech Republic, the result of an elaborate joke in 1997.

A well-known example of similar countries includes the Lithuanian Republic of Užupis in Vilnius, where the residents of the district have declared their own state, as well as a flag, currency, constitution and president.

There is also the Free Republic of Liberland, created by Czech politician and activist Vít Jedlička after the break-up of Yugoslavia.

Said to be located on a patch of land on the Danube between Croatia and Serbia, Liberland has its own flag, anthem and constitution, while Jedlička has been issuing micronation citizenships and passports since 2015.