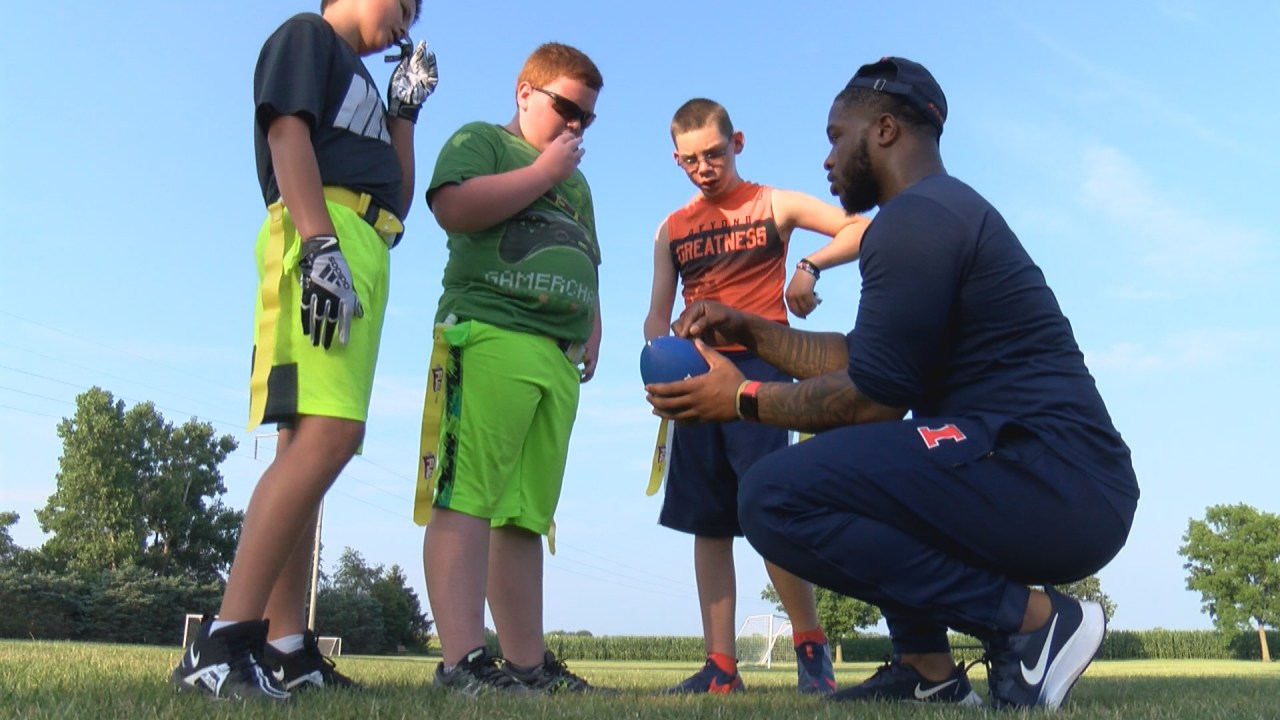 TUSCOLA (WCIA) – There is a tradition that begins in Tuscola and brings back Illini football players. Kendall Smith and Jamal Woods are volunteer coaches of the Tuscola Flag Football League. They were eager to train last season, before the pandemic brought it to an end. But for the past three years, there has been an Illini player who asks to be a sideline coach at Ervin Park.

“I had to wait a bit, but it went well,” says Smith. “I love coming here, and I learned a lot from them as I’m sure they learned from me.”

Former Illini running back Reggie Corbin was one of the first to coach with the league, and it hasn’t stopped since.

“It was something that I wanted to do since I saw Reggie Corbin do it,” said Woods. “And when that opportunity presented itself, I took it upon myself to seize it.”

Corbin has formed a special bond with one of the league’s athletes, Colton Rahn. Colton has cerebral palsy, which makes tackling football too dangerous. His father, Jason, therefore founded the league so that Colton could have the opportunity to play, even better that he got a DI level coach.

And it’s an unbeaten 5-0 regular season record with his Seahawks team, but his friendship with the Illinois players has benefited athletes across central Illinois. The league has grown from 61 to over 100 athletes, with six different Illinis who have volunteered to coach over the years. Matt Judd is also on the sidelines this year, who is the first player from Eastern Illinois to coach with the league.

“It’s a great feeling to do something like that, but it’s great for the kids just to share my knowledge of the game and kind of show them what I know,” Judd says. “I didn’t really know what it was like to be a coach next to the x’s and the o’s. Now, it boosts children’s self-esteem a bit more and helps them grow as a person.