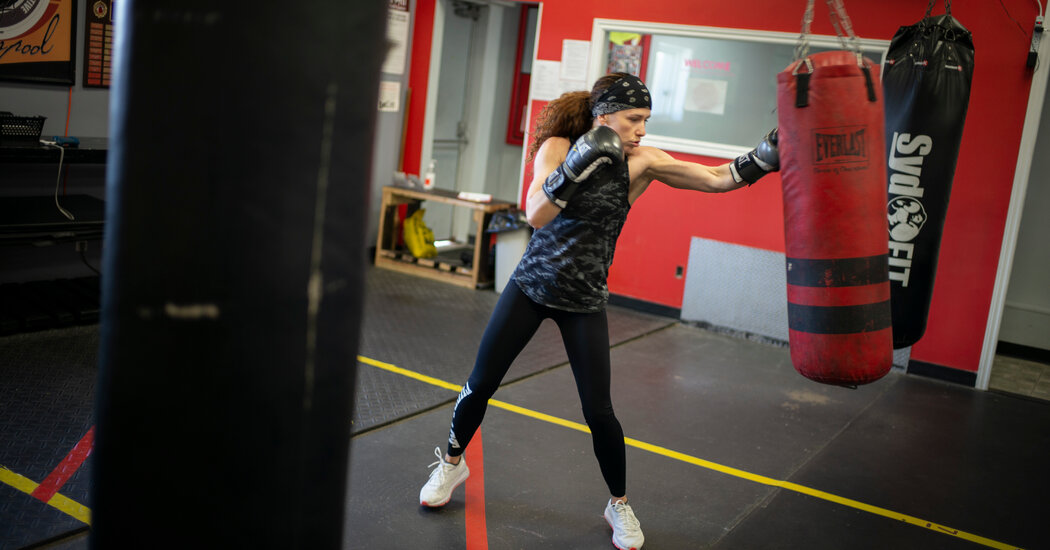 The Tokyo Olympics, already shaken by the coronavirus pandemic, which has resulted in a year-long delay and heavy restrictions, are bracing for events in some sports to unfold without the best possible athletes.

Many qualifying events have been canceled due to safety concerns, raising competition issues similar to major sporting events which are cut short by strikes and other unusual circumstances.

Few sports have been as disrupted as boxing, which was in disarray before the pandemic. In 2019, the International Olympic Committee suspended the International Boxing Association, or AIBA, over court scandals, ethics violations and allegations of corruption at the top ranks of the organization.

The IOC has formed a boxing task force to organize the Olympic qualifying events instead of the AIBA, but the pandemic has also turned some of those competitions upside down.

The European event was halted on the third day in March 2020 and finally came to a close this month. The Boxers’ Tournament of the Americas was also postponed to 2020, but was canceled entirely this year. A final qualifying competition for boxers who failed to secure places in their continental tournaments has also been called off.

To compensate for canceled events, the working group decided to use the tournament rankings which took place in 2017, from events initially designed to determine rankings, to fill these open slots.

Unintentionally or not, the IOC created an uneven playing field, some boxers fought last year, others qualified on the basis of their success from a few years ago and hundreds of others did not. were unable to secure a place in Tokyo because they did not participate in tournaments. which retroactively became qualifying events.

“A fundamental premise about selection procedures is that they are published in advance and followed, so that athletes have a chance to qualify,” said Jeffrey Benz, former general counsel for the US Olympic Committee. “Looks like they’ve taken boxers’ chances here by looking back at other events for administrative convenience.”

Qualifications for other Olympic sports like Judo, Tennis and Weightlifting are based entirely on point rankings achieved in tournaments from 2018 to 2020 (and extended to include events in 2021). Karate, modern pentathlon and taekwondo allot some of their places to qualified athletes in tournaments and others based on rankings.

In boxing, however, the qualifying rules were changed after some tournaments ended, creating different conditions for boxers on different continents.

So far, 173 boxers have filled the 286 places at the Tokyo Games by winning fights in qualifying events. Another 102 deserved a trip because of their rankings based on past tournaments. The remaining places will be allocated to Japan as the host country or awarded with wild cards.

IOC Sports Director Kit McConnell said the boxing task force, which was established in June 2019 after the IOC decertified AIBA, had to make the most of a bad situation. . Turning the seed ranking into a qualification system was the best option as it was in place before the pandemic and was generally well received, he said. It was inevitable, he added, that any system put in place to circumvent the pandemic would benefit some athletes and hurt others.

â€œWe know that moving from one process to another always means some people win and some don’t,â€ McConnell said. â€œOf course you have an imbalance in the qualifying process. But you can only face the reality of what is happening.

Yet the process shattered Tokyo’s dreams for many boxers, including Delfine Persoon, a professional fighter and one of the best lightweight in the world. Persoon, 36, a Belgian, was thrilled to fight for a medal at the Tokyo Games, the first to include professional female fighters.

But in February, the boxing task force canceled the last world qualification reserved for boxers who did not qualify in continental tournaments, and places were filled based on the results of major championships and the 2017 Olympic qualifiers. until 2021.

Nobody had any luck. She contracted the coronavirus during European qualifiers in 2020 and lost her opener, not knowing she was sick at the time. And because the Belgian boxing federation didn’t let professionals fight in the amateur championships until 2019, Persoon didn’t have enough points to qualify for the Tokyo Games.

“It is discrimination against professional fighters,” she said. â€œWe are not in the amateur ranking so we have no chance of winning a ticketâ€ for Tokyo.

Cuba’s Javier Ibanez Diaz and Yordan Hernandez made even bigger sacrifices. They moved 6,000 miles from their homeland to Bulgaria, where they became citizens because they believed it would improve their chances of qualifying for the Olympics. But the Youth Olympic Champions and Junior World Champions had to wait three years before they could represent their adopted country in international competitions, so they missed the tournaments whose rankings are now used to determine who will travel to. Tokyo. And while they are now eligible to fight for Bulgaria, the last qualifying tournament has been called off.

â€œIt was like a cold shower,â€ Hernandez said of how he felt after learning he wasn’t going to Tokyo. â€œWe are here with one goal. We wanted to achieve it, but now we won’t be able to participate. They should give everyone the chance to fight, not to choose by ranking. “

Mandy Bujold’s fate has cast an even more unflattering light on the IOC qualification process. Bujold, a flyweight of 33, is one of Canada’s most decorated boxers. But his attempt to fight in Tokyo hit a roadblock after the Qualifying tournament in Buenos Aires for boxers of the Americas has been canceled. Bujold didn’t fight for much of 2018 and 2019 during her pregnancy and the first months of her daughter’s life, so she didn’t qualify based on her ranking.

Like female athletes in other sports – notably Serena Williams in tennis – Bujold believes that accommodations should be made, especially because she believes her situation fits the bill. The IOC’s goal of promoting gender equality. The IOC, however, rejected Bujold’s request for an exception, forcing him to appeal to the Court of Arbitration for Sport, arguing that his human rights had been violated.

“As an Olympian already you have this vision of what the Olympics stand for, and it’s still fairness, sportsmanship and equality,” said Bujold, whose daughter is now 2 years old. . problems and would solve them. So when they didn’t approach them, it was really heartbreaking. “

The use of rankings that brought out Bujold and other boxers raised the tension between the IOC and AIBA. Group chairman Umar Kremlev said he had been contacted by more than 300 boxers and national federations who asked why fighters were not allowed to make their way to the Tokyo Games.

â€œThis ranking system does not match the rules of boxing,â€ Kremlev said in an interview. “The person who designed the system doesn’t understand boxing.”

Kremlev said the AIBA continues to hold international boxing tournaments safely and the IOC has been too careful.

â€œIt’s very easy to walk away and say no and cancel tournaments,â€ he said. “Our mission as sports officials is to create situations for athletes to compete.”

Joel Soler Arrate, a Cuban who trains boxers in Bulgaria, agreed. He said it was unfair that boxers from African and Asian countries qualified for the Tokyo Games in 2020, when their tournaments were held, while boxers from elsewhere were unable to fight during the tournament. their continental qualifications and must now rely on the rankings.

â€œThe reality is we don’t know if the best boxers will go to the Olympics,â€ Arrate said.

With the Tokyo Games starting next month, the window for boxers to compete in the qualifying events is closing quickly. Yassine Elouarz, a 20-year-old Moroccan silver medalist at the 2018 Youth Olympic Games, was too young to fight senior boxers at the world and continental championships, whose ranking is now used by the IOC He knows what he would say to the IOC President, Thomas Bach, if they had the opportunity to meet.

“I promise to qualify if there is a chance to change the IOC’s decision,” he said.

Block, Grind, Hold: The Rise and Rise of Shafali Verma