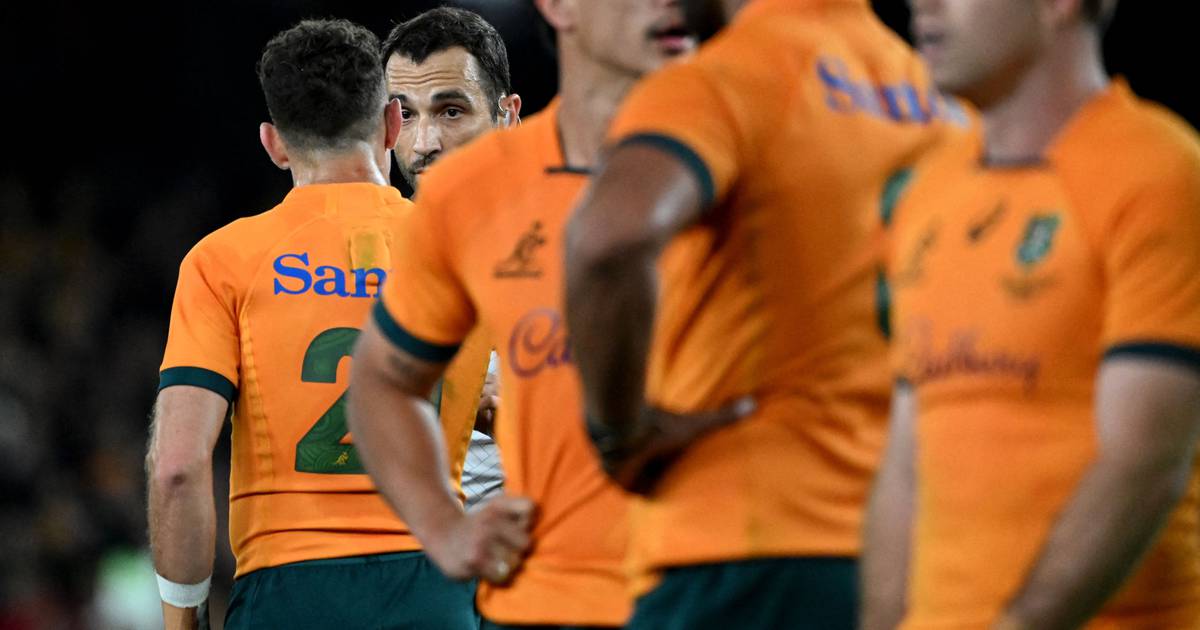 One of the biggest tenets of rugby is that from the first day a player steps into a shoe, respect for referees is ingrained in the culture. Yet there is no other major sport on the planet whose referees have been so detached from the spirit of the game.

This phrase “spirit of the game” appears several times in the book of rugby law. With the rift between the game and its referees deepening for more than a decade, the final seconds of last weekend’s Bledisloe Cup game in Melbourne brought that broken relationship back into the public eye.

After a desperate defense, less than a minute from the end, the Wallabies had just obtained a penalty. They were about to kick on touchdown, an action that in all likelihood would have cemented a historic win when, surprisingly, referee Mathieu Raynal whistled and penalized wallaby kicker Bernard Foley for time-wasting. He then awarded New Zealand a scrum, from which the Kiwis scored and won. Ironically, wasting time is an action the lawbook describes as “against the spirit of the game.”

Raynal’s actions demonstrated the vast chasm between what our officials understand as “the spirit of the game” and the rest of us. Last Saturday was a dramatic example of the unwanted and seemingly unstoppable phenomenon of rugby officials on the pitch dominating and determining the outcome of matches.

I haven’t heard of any former player or coach who supported Raynal’s decision. Like me, all said they had never witnessed such a decision in their lives. Everyone I spoke to, from all over the world, universally expressed serious concern about the now far too powerful influence of referees on match results.

Yet surprisingly, or perhaps predictably, the refereeing community supported Raynal’s decision. My experience is that police officers who investigate complaints against other police officers rarely conclude that the police are the problem.

Over the past week, the refereeing world has had a mirror in front of it and jumped into denial.

By supporting Raynal’s decision, his fellow referees are defending the indefensible. Instead of telling the world that the decision was an error in judgment and that it was against the spirit of rugby, they are arguing over a very dubious interpretation on a point of law. Which is the perfect example of all that is wrong with the relationship between the game and its referees. It also shows us how deeply out of step our officials are with the rest of the game.

It’s not a description rugby officials will appreciate, but it’s how the overwhelming majority of the rugby community currently views his role in the game.

This is not to criticize referees for making mistakes. They are human and mistakes will always happen. We all accept this as part of the game. It is the emergence of the phenomenon of referees routinely determining the outcome of matches and the refusal of the management of rugby to address the issue that causes so much concern.

What has so stifled much-needed refereeing reform in rugby is that referee administrators still cling desperately to the old principle that the sole referee on match day must be the sole arbiter of fact and law.

In other contact codes such as American football and rugby league, this belief is dead. Additional officials, such as TMOs and assistant referees, can make try decisions, reset time to play on match clocks, and act when players are offside without that decision being made by the sole main match referee.

Rugby is a much more complex game than the NFL or the League, but our referees are resisting reforms that would speed up play, keep the ball in play for longer periods of time and, with extra policing, reduce penalties.

If any of these tools were available to Raynal last week, he could have simply whistled and requested that the game clock be reset eight seconds back (yes, that’s it) and justice would have been served.

This crisis, because in reality that is what it is, was caused by two major systemic dysfunctions.

Firstly, the process of evaluating, ranking and appointing our referees for matches is deeply flawed. Referees are rated not on the type of game they produce, nor on whether the games were entertaining. They are scrutinized, rewarded or penalized in their personal ratings for what they don’t do. If they don’t call every technical penalty imaginable, they themselves are penalized. By definition, referees are encouraged to whistle anything and everything.

That’s why we have more than 25 penalties in almost every game.

This negative evaluation system has led to an explosion of referees sanctioning very technical faults. No better example than in Adelaide when the Springboks were in full attack against the Wallabies. After a clean low tackle, the Wallabies did not contest the ruck. There was not a single golden jersey near the ball carrier of the Springboks on the ground, the ball was free for the Boks to use, but the referee penalized the Springboks for an alleged illegal entry into the ruck.

Having no sense of the game or any responsibility for the entertainment and perhaps thinking about his own post-match record, the referee awarded a penalty.

Recently, I attended a game of lesser high level where the young referee was a carbon copy of his elders. Every second-half scrum resulted in a penalty. The attacking teams were penalized for technical fouls. He constantly stopped playing to consult his assistant referees. The second half lasted 52 minutes. The children’s play time was minimal and their fun factor was close to zero. The young referee simply imitated his role models and was the focal point of the afternoon.

The second problem for our referees is in that big politically blocked space in rugby, the legislature. With so much needed reform to Rugby’s voluminous law book and so little being done, referees have an encyclopedia of laws to enforce.

In the recent Wallabies v Springboks test in Adelaide, in 80 minutes, the ball was in play for a surprisingly short 28 minutes. So many of the game’s leading thinkers have for many years advocated ways to extend the game of the ball by changing the laws that will reduce the volume of penalties. Despite this, and other proposals such as increasing the value of tries and reducing the value of all two-point kicks, the Easter Island statues in the World Rugby legislature remained immovable. Without their cooperation, efforts to increase the players’ entertainment and enjoyment factors of the game by having the ball in play for much longer periods of time are impossible.

This attitude within our community of officials has unfortunately seen them become more isolated and removed from the football ‘family’. At the same time, the balance of power between those who play and those who referee has changed dramatically, creating the unthinkable situation where our referees are the most seen figures on our television screens during matches, while our great players are reduced to part- time participants.

All of this hurts rugby.

Our refereeing community would do well to remember that the great respect that rugby rightly affords our officials is based on the concept that the game is bigger than all of us. A concept that seems threatened by those responsible for judging and legislating the laws of rugby.