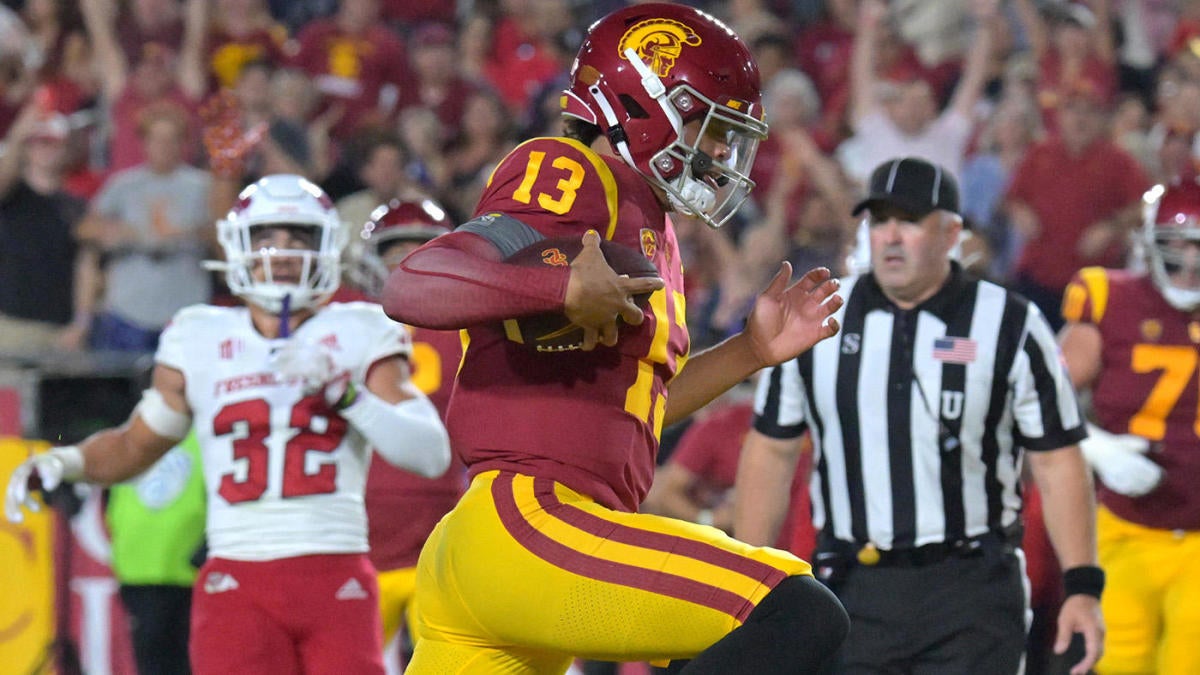 Week 3 turned out to be a huge moment for the top 10 college football teams. No. 7 USC improved to 3-0 in Lincoln Riley’s freshman season Saturday night beating Fresno State 45-17 behind a powerful all-around offensive offense. Quarterback Caleb Williams threw for 284 yards and two touchdowns, while running backs Travis Dye and Austin Jones each scored touchdowns and exceeded 100 rushing yards. The hot start to Riley’s tenure marks the first time USC has scored at least 40 points in the first three games of the season since 2005 — the year the Trojans faced Texas for the national championship.

Fresno State star quarterback Jake Haener had to be ejected early in the third quarter after suffering a leg injury when he was sacked by USC’s Solomon Byrd. The Bulldogs trailed just 21-10 at the time, but losing the All-Mountain West interpreter proved to be an insurmountable loss.

While USC’s performance was impressive, the best offensive outing for a top-10 team on Saturday belonged to No. 3 Ohio State. The Buckeyes had 763 yards — the second most in school history — and 36 first downs in a 77-21 rout of Toledo. Quarterback CJ Stroud threw for five touchdowns and the receiving trio of Emeka Egbuka, Jayden Ballard and Marvin Harrison Jr. each exceeded 100 receiving yards.

While every top 10 team in action in Week 3 won by double digits, there was plenty of drama across the sport as No. 11 Michigan State, No. 12 BYU and No. 13 Miami each lost. Check out the full dashboard summarizing the action below.