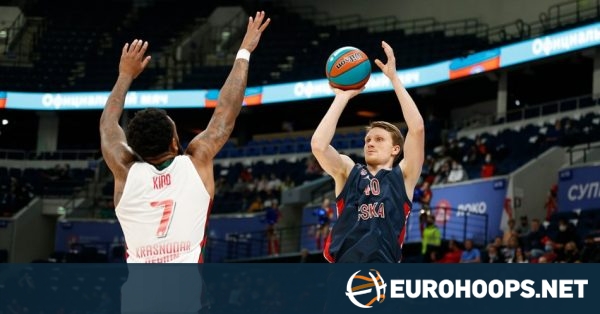 Panathinaikos’ backcourt is getting a solid boost with the additions of Marius Grigonis and Andrew Andrews. Panathinaikos and CSKA Moscow having reached an agreement for the transfer of Grigonis, the Lithuanian goalkeeper decided to accept the offer presented by the Greek club and was officially announced as a Panathinaikos player.

The Lithuanian swingman was a top target for Panathinaikos and a strong roster boost in the 2022-23 Turkish Airlines EuroLeague and domestic competitions in Greece under new head coach Dejan Radonjic.

He signed a two-year contract for a total of 2.1 million euros, including the 350,000 buyout that CSKA Moscow secured from the Greek club. Grigonis practically replaces Nemanja Nedovic in the Greens’ roster.

The 29-year-old American combo guard is coming off a very strong year with Bursaspor, in which he averaged 14.4 points (47.2% from 3-point range), 3.3 rebounds and 4. 4 assists in the Turkish BSL (including the quarterfinals) and 14 points (39.8% from three points), 2.6 rebounds and 4.2 assists in the EuroCup, where he reached the final.

The agreement between Panathinaikos and Andrews is also expected to be official soon.

Payday loans are not an option to make ends meet, experts say