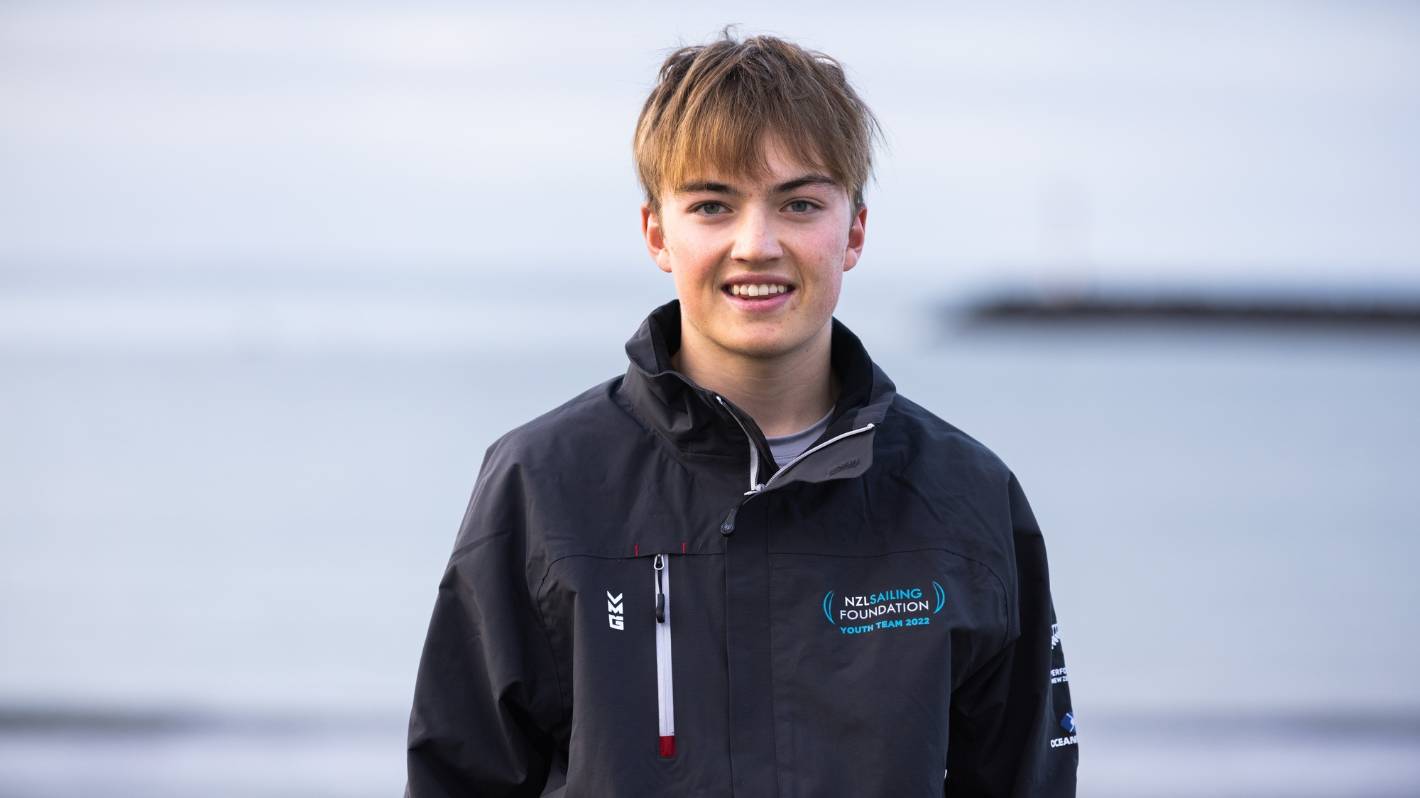 Sixteen-year-old Jack Parr is part of the New Zealand Sailing Foundation’s Global Youth Team and is traveling to the Netherlands to compete in the iQFoil class.

New Plymouth has had too much or too little wind lately, frustrating Jack Parr’s attempts to get out on the water and practice.

Jack, 16, will represent New Zealand this week in the iQFoil sailing class – on a windsurf board mounted on a hydrofoil.

“I was a windsurfer and I knew how to sail, so I combined the two,” he said.

The event takes place off Scheveningen in The Hague, Netherlands, between Friday July 8th and Friday July 15th.

The iQFoil class is new and will be at the Olympic Games for the first time in Paris in 2024.

The surfboard is 85cm wide and about 1.5m long, Jack said. Its fastest speed is 51kmh.

”The most difficult thing is to control it. You have to control pitch and roll, there is no machine that does it for you. Imagine trying to balance yourself on a piece of wood above a ball. It is very funny.”

Jack has previously competed internationally with the New Zealand Under-14 Development Team in New Caledonia in the Optimist class – a small sailboat.

But he did not compete internationally in the iQFoil. And the New Plymouth Boys High School Year 11 student said he was both excited and nervous.

“I’m nervous because I don’t know how good the people are there, because I’ve never raced against them before. So that’s the scariest thing. I don’t know where I stand compared to others.

Due to Covid, a New Zealand team has not competed in the World Youth Championships since Poland in 2019, and this will be the first time young Kiwis have competed in windfoiling.

Jack has been sailing at the New Plymouth Yacht Club since the age of nine, and he received a “generous” grant from Taranaki philanthropy, the Toi Foundation, to help him get to The Hague.

There will be 450 sailors from 69 countries under the age of 19 competing at the world championships and each country can only enter one man and one woman, or a team of two, in each class.

There are 13 sailors in the New Zealand team, seven boys and six girls.

A $1.5 million home going through a personality crisis