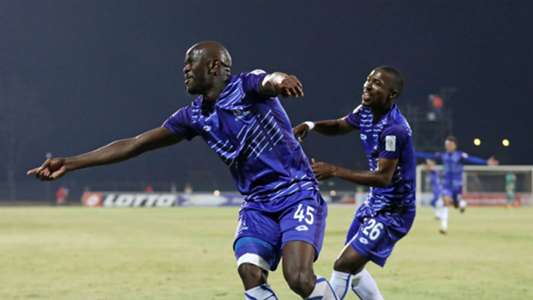 Orlando Pirates coach Josef Zinnbauer is hopeful that this time around he will be a formidable team to successfully challenge the Premier Soccer League title and the Caf Confederation Cup.

In the coming season, the Soweto giants will once again try to claim their first league title since 2012.

They also return to the Confederation Cup where their quality was brutally exposed in a 4-0 return quarter-final, defeated by future champions Raja Casablanca.

It now remains to be seen whether the squad Zinnbauer is building will be strong enough to be more competitive in domestic competitions and in Africa.

The German has so far signed center-back Kwanda Mngonyama and midfielder Bandile Shandu, both from Maritzburg United.

Not another missed by Zinnbauer

After Thulani Hlatshwayo was signed by the Pirates before the start of last season, there were so many expectations about the defender.

He arrived at Pirates with a brilliant profile as the captain of the Bafana Bafana, but then disappointed in his first season with the Buccaneers.

Zinnbauer is hoping Mngonyama settles down quickly and lives up to the expectations of a defender playing for a traditional giant.

Mngonyama has signed a two-year contract and finds Hlatshwayo, Captain Happy Jele and Ntsikelelo Nyauza as center-backs already at Pirates.

There will be close scrutiny as to whether Zinnbauer made the right decision this time around in bolstering the central defense with a player who immediately makes an impact.

For a player with the experience of eight Premier Soccer League seasons split between Bidvest Wits, two stints at Maritzburg United and Cape Town City, the hope is that the 27-year-old will be a success and not a failure.

Now he has Shandu and Mngonyama as free agents after their contracts with Maritzburg United expired at the end of June.

While no transfer fees were paid for established PSL players, it could be seen as a bargain.

But the main thing is to see if they will thrive at Pirates.

For Shandu, it is the first time in his professional career that he has left Maritzburg where he spent the last nine seasons after making the first team at the age of 18.

The 26-year-old signed a three-year contract.

Players who move from Baroka FC to Pirates are used to failing at the Soweto giants.

The latest is Collins Makgaka who only managed to make seven appearances in all competitions last season, which was his first campaign with Pirates.

Makgaka was predeceased by Gift Motupa and Thabiso Kutumela, who made transfers from Baroka to Pirates only to fail.

But it is interesting that Motupa and Kutumela have managed to recover and are now in Mamelodi Sundowns.

Now Goodman Mosele has signed for the Baroka Pirates and there is interest to see if he will banish the grim reputation carved out by former Bakgaka players.

After getting a four-year contract, it was a show of confidence in his abilities and he now has to repay Zinnbauer for that confidence.

It will be the first time for him to play for a club other than Baroka and the 21-year-old is currently with the South African Under-23 team at the Olympics in Japan.

Will Saleng appear at SA football at Pirates?

Saleng may have always played for the Bafana Bafana in the recently concluded Cosafa Cup tournament and helped them win gold.

But his name is not yet known in South African football and has a long way to go to prove himself.

There are still questions about a 23-year-old midfielder with no PSL experience Zinnbauer signed with the Free State Stars from the National Premier League.

He is with Pirates for a three-year contract.

Players Zinnbauer may be looking to add

There have been reports suggesting that Evidence Makgopa is following his former teammate Baroka Mosele to the Pirates.

Giving credit to these rumors is that Zinnbauer has yet to sign a new striker for next season.

For most of last season, the Pirates were plagued with a center-forward crisis following a string of injuries to Zakhele Lepasa, Tshegofatso Mabasa, Frank Mhango and Jean-Marc Makusu.

Makgopa’s signing could be ideal for the Pirates after the player enjoyed a decent season with Baroka last season and scored seven league goals.

The 21-year-old also broke into the Bafana squad and scored a brace on his debut against Uganda in June.

He is currently with the Under 23 team at the Olympics in Japan.

SuperSport United Bradley Grobler was also linked with the Pirates, as has been the case in recent seasons.

But the chances of him joining the Buccaneers seem very slim after he recently signed a new deal with Matsatsantsa.

“Nuclear football” procedures to be reviewed after the January 6 incident