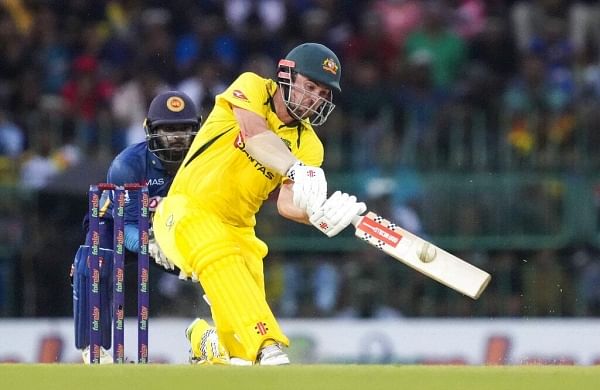 COLOMBO (Reuters) – Travis Head will miss Australia’s final one-day international match against Sri Lanka while Steve Smith is also a doubt, skipper Aaron Finch said on Thursday on the eve of the tie.

The head suffered a hamstring injury on Tuesday as Sri Lanka took an unassailable 3-1 lead in the five-game series in Colombo, adding to a long injury list for the visitors.

Smith missed the game with a quad problem and Australia were also without Marcus Stoinis, Kane Richardson, Mitchell Starc and Ashton Agar.

“There are a lot of them,” said Finch, adding he was “not sure” if Head, who scored a useful 70 paces in the third ODI on Sunday, would be fit for the two-man Test series. matches starting in July. 29 in Galle.

“Especially where he’s playing in the outfield, he’s got quite a lot of miles and the ground is pretty heavy,” Finch said, adding that Head’s absence was “a bit more of a precaution.”

Finch blamed the “disappointing” series loss on Australia’s failure to build partnerships, but said the games were still good preparation for testing.

“Every time we start to build momentum in the game we lose a wicket and under those conditions once you lose one they come in pretty quick succession,” Finch said.

He has also championed international bilateral series in the era of domestic T20 tournaments like the Indian Premier League which have witnessed huge growth in funding and popularity over the past few years.

Finch said the standard “isn’t the same when you’re playing domestic competitions” and international bilateral series were always “important to the game”.

Women’s cup competitions coming to the US in August 2022