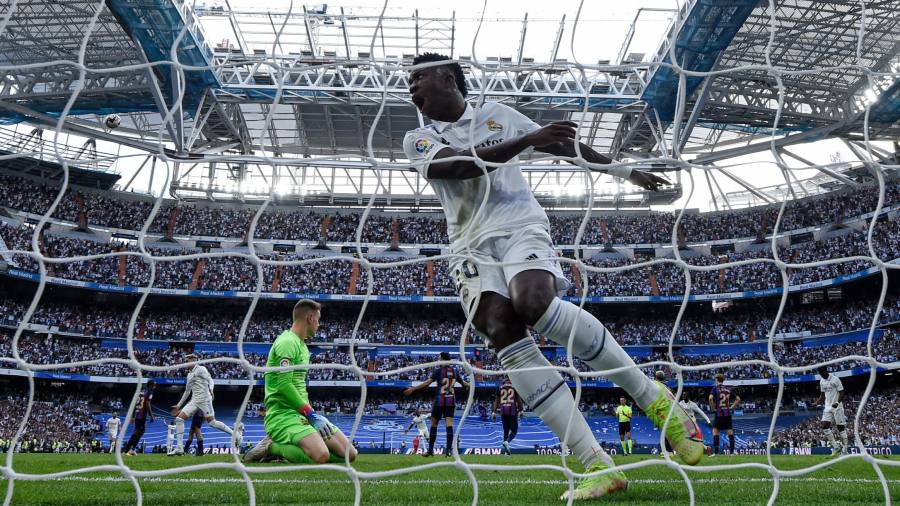 The new boss of the failed European Super League expects it to relaunch within three years and has promised to consider all options for its format after the original plan collapsed amid widespread anger from fans , clubs and existing leagues.

Although it collapsed days after its launch in April last year, the league continued to operate as a corporate entity supported by three remaining member clubs: Real Madrid, Barcelona and Juventus.

A22 Sports Management, a company representing Super League clubs, plans to relaunch the competition and has appointed Bernd Reichart, a German media executive, as its new chief executive. Its first job will be to open an “active and extensive dialogue” through the game, the company said, with the aim of creating a new “sustainable sporting model” for European football.

“We want to reach out to stakeholders in the European football community and expand that vision. Even the fans will have a lot of sympathy for the idea,” Reichart told the FT. “It’s a blank page. The format will never be an obstacle.

Under the ESL’s original model, 12 elite clubs announced a breakaway competition to rival the UEFA Champions League. The closed structure – with guaranteed member involvement regardless of their performance in the domestic league – drew heavy criticism across football and helped precipitate its rapid collapse.

The architects of the plan have long complained that European club competitions are poorly run, with too many matches failing to engage the public. Their initial aim was to increase the number of games between top clubs, but they now recognize that the model needs to change if the ESL is to succeed.

“There is a reassessment. There is a clearly stated move towards an open format and this permanent membership is not an option,” Reichart told the FT. “We want to see whether or not there is a broader consensus on the issues facing European football.”

But resistance to the idea seems more entrenched than ever with UEFA, national leagues and governing bodies, and the European Club Association – an elite club lobby group – all firmly opposed.

Reichart, former chief executive of RTL Deutschland, said he was optimistic that the obstacles to a new competition would be overcome and that a launch in 2024-25 was a “reasonable” expectation.

All three ESL clubs are involved in a legal action against UEFA which accuses European football’s governing body of operating a monopoly. The case is currently before the European Court of Justice. A first recommendation is expected in December and a formal decision expected in the spring.

“If fundamental change is going to happen, we want to be ready,” Reichart said.

The presidents of the three ESL clubs have embarked on an awareness campaign, adopting a conciliatory tone in a bid to build support for the fight against UEFA. Real Madrid president Florentino Perez said in a recent speech that football was “sick” and “losing its position as the world’s leading sport”.

UEFA has previously called the ESL project a “danger to European football”.