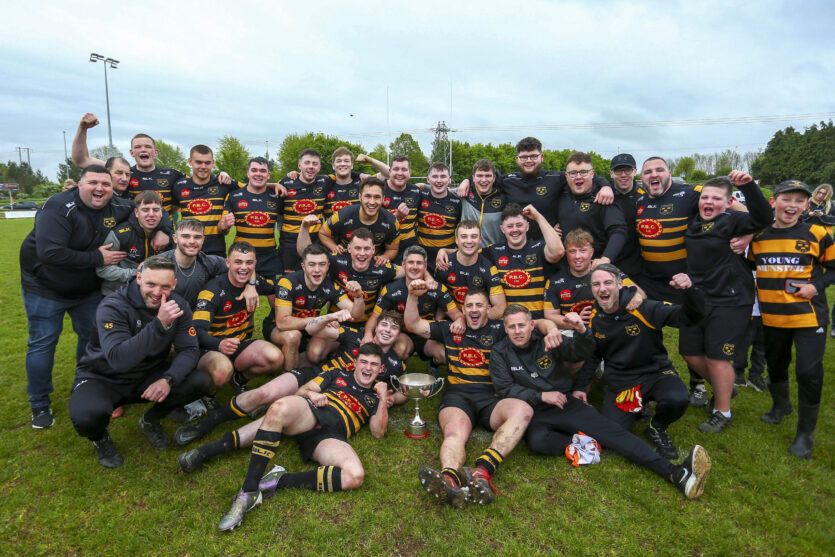 Young Munster won their ninth Bank of Ireland Munster Junior Cup title with a 35-24 victory over Thomond at Takumi Park and with it secured a Cup double in the Senior and Junior competitions, the last achieved by the club in 1984.

The winners did all the damage in the first half as they took a 28-0 interval lead, but Thomond left himself with too much to do after the break.

A great start from Young Munster saw a break from Luke Fitzgerald set up Donnacha O’Callaghan for a try under the posts and Shane O’Brien converted.

Substitute winger Conor O’Shaughnessy extended ‘The Cookies’ lead with a try after a cross kick and O’Brien converted.

Munster continued to control the game and further tries from Bailey Faloon and Paul Allen, both converted by O’Brien, saw Young Munster lead 28-0 at half-time.

Mike McMahon opened Thomond’s account with a try early in the second half and Adam Guerin converted. A second try from Thomond of Eoghan Sherlock cut the lead to 28-12.

Aaron Rice scored a fourth try from Thomond in the dying minutes but it was Young Munster who celebrated on the final whistle.

The UTSA youth football camp will take place on June 9