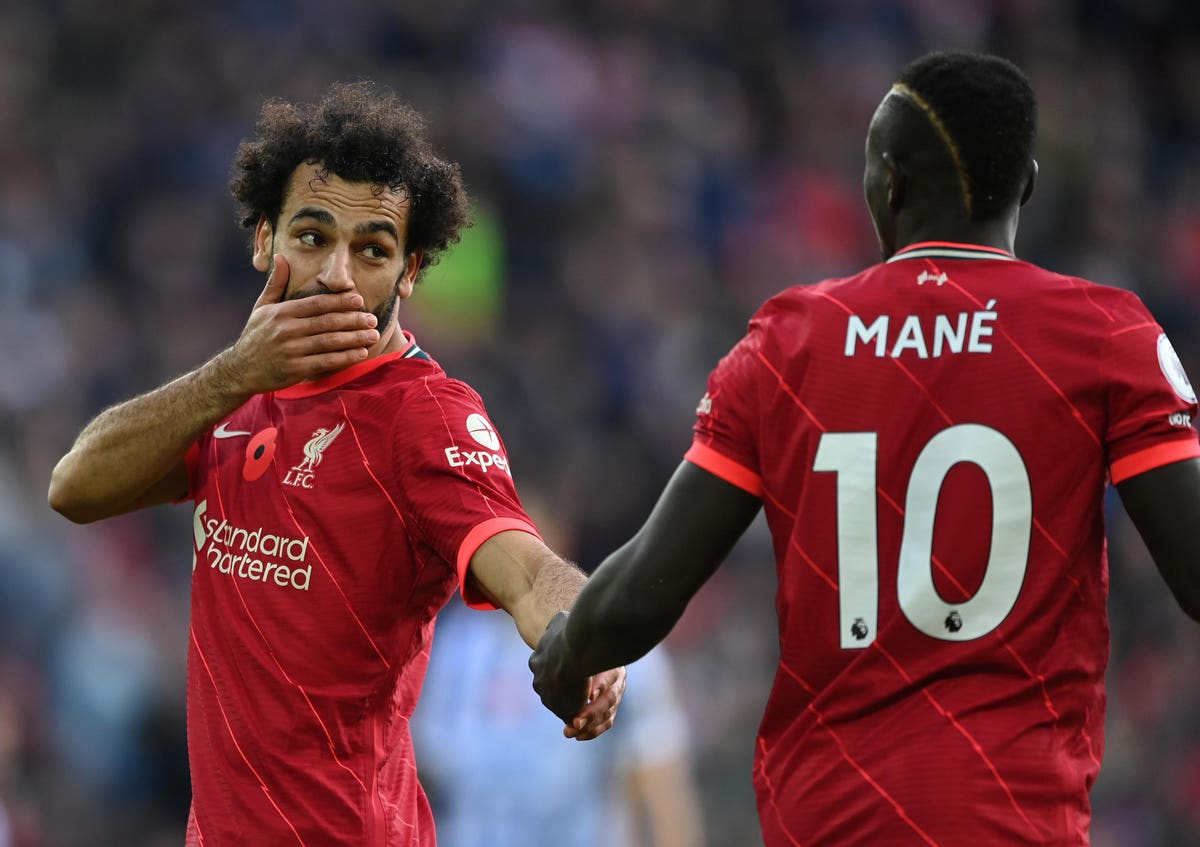 The Premier League has therefore made its way.

The CAN begins on January 9 in Cameroon and the regulations would normally require players to join their national team 13 days before the start of international competition.

But FIFA and the African Football Confederation (CAF) have decided to postpone the date of the convocations for some to January 3.

The reason given by the football governing body was to allow them to participate in club matches.

“These players can stay with their clubs to participate in these matches and be released after the last match of this period,” said FIFA deputy general secretary Mattias Grafstrom.

“This decision is taken in a spirit of goodwill and solidarity with the clubs concerned in recognition of the fact that they, like all members of the football community, have been affected by the onset of the Covid pandemic,” said he added.

In addition to “goodwill and solidarity”, there was also a letter quoted by several major media outlets before the announcement, from the representative body of major football leagues, the World Leagues Forum (WLF), to FIFA and CAF, which said the clubs had no plans to release players for the tournament before January 3.

The letter from WLF General Secretary Jerome Perlemuter made it clear, the leagues considered the normal release date to be “unreasonable and disproportionate for many clubs and players still playing at that time.”

Failure to release players normally results in a sanction from the world governing body, a point addressed by the WLF which said any FIFA sanction would have been “abusive, null and void”.

No matter how influential the letter was, the leagues’ wishes were granted, once again demonstrating the power of club football.

Amid all the talk of when the players were leaving, there was little question whether the late start was really in the players’ best interests.

The Premier League and the Covid

Security and Covid protocols were two of the big concerns raised about the tournament.

European clubs have threatened at one point not to allow their players to travel due to concerns over the Covid measures, which is a legitimate concern.

But Mane, Salah and Chelsea goalkeeper Edouard Mendy will join their national teams later than expected after coming together in a game against each other.

Chelsea vs Liverpool are scheduled for January 2, in a country where Covid rates are skyrocketing and a league where games are called off due to positive tests. Both clubs have also been affected by epidemics.

The Premier League Covid rules are hardly watertight themselves, a few weeks ago Chelsea boss Thomas Tuchel described the decision to continue playing their game with Wolves as ‘unsure’.

Despite these significant challenges, the Premier League has taken a similar approach to CAN, they will try to keep the show on the road.

This meant filling as much of the busy English Christmas schedule as possible.

Even with games canceled, Premier League players make it to CAN after appearing in a ridiculous number of games in a short span, a relentless schedule they face every year.

One of the lingering complaints from the major leagues concerns the CAN schedule.

As the WLF letter states, the competition held in winter was “against the position of leagues, clubs and players”.

As I pointed out previously, a summer CAN poses a lot more risk for the well-being of the players, the last tournament of the summer saw the players collapse in the heat.

It is for this same reason that the World Cup in Qatar, a country that also has an incredibly hot summer, has been moved to winter.

The balance of power

Whenever it takes place in winter, CAN is seen as an inconvenience by many clubs, media and European supporters.

The way the tournament is dismissed by managers and media experts just wouldn’t happen with similar competitions in other parts of the world.

Take Sadio Mane and Mohamed Salah, two of the Premier League’s best players over the past five years.

They light up the world’s most popular league every week, but the continent they come from is little recognized.

Their national teams are expected to bend over backwards to support their club careers.

But shouldn’t it be otherwise?

Since these nations produce such talent, could there not be a tax for them to do so? Shouldn’t Liverpool, Chelsea or the Premier League reward countries that have provided them with some of their brightest stars?

Likewise, if a winter CAN is such a problem, why not insist that European football stop for a month so that the CAN can take place? This would alleviate concerns about player welfare and provide an even greater platform for the tournament to gain popularity.

The lack of global prestige accorded to CAN is an indictment against world football.

The tournament has a history as long as the European Championships or the Copa America, but while money and sponsors have flocked to these competitions, CAN are still fighting for a place at the top.

It should come as no surprise then that when FIFA proposed to organize the World Cup every two years, the African Football Confederation was one of the first to support it.

The global governing body sold the idea as a way to redistribute some of the game’s vast wealth.

This is something that, when it comes to African football, is long overdue.