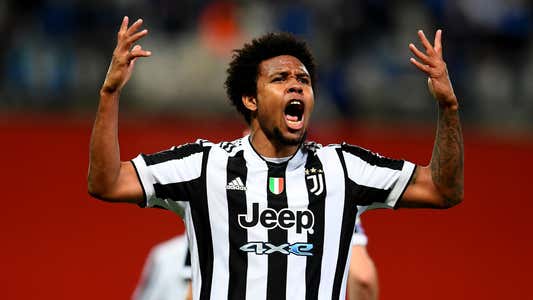 Weston McKennie offers Juventus qualities that “other midfielders don’t have”, says Bianconeri boss Massimiliano Allegri, with the United States international set to play a starring role for the Italian giants in domestic competition and European.

The 23-year-old has made 27 appearances in all competitions this season, scoring four goals

He has set himself lofty individual goals and is beginning to see his value to the cause recognized in his third season in Turin.

Allegri told reporters ahead of the first leg of their Champions League Round of 16 tie against Villarreal: “Weston McKennie is an attacking midfielder, who gives options that other midfielders don’t give us.

“The absence of Paulo Dybala is a loss because he played well, so Alvaro Morata and Dusan Vlahovic will start in attack.

“Leonardo Bonucci has completed his first training session with the team. He hasn’t felt any pain. Having him available for tomorrow is already a bonus if we need him.

“Arthur is advancing well but I have some doubts about who will play in midfield.”

With McKennie now a seasoned operator in continental football, Juve are gearing up to give a big money addition a Champions League bow. Serbia striker Vlahovic was acquired for €75m (£62m/$85m) from Fiorentina in the January transfer window.

Allegri added of his much-loved new leader: “Tomorrow night Vlahovic will make his Champions League debut. He will need the support of the team and will need to be protected.

“He is only 22 years old and tomorrow is a new experience for him. It will be a different story once he plays 60 or 70 Champions League games.

The Juve boss added on the goals set alongside him: “Our ambition is to win the Champions League, just like in the Italian Cup. Our goal is to go as far as possible, as is natural in every competition.

“We need to get a result tomorrow night and think about finishing the job in three weeks when we welcome them here for the second leg.”