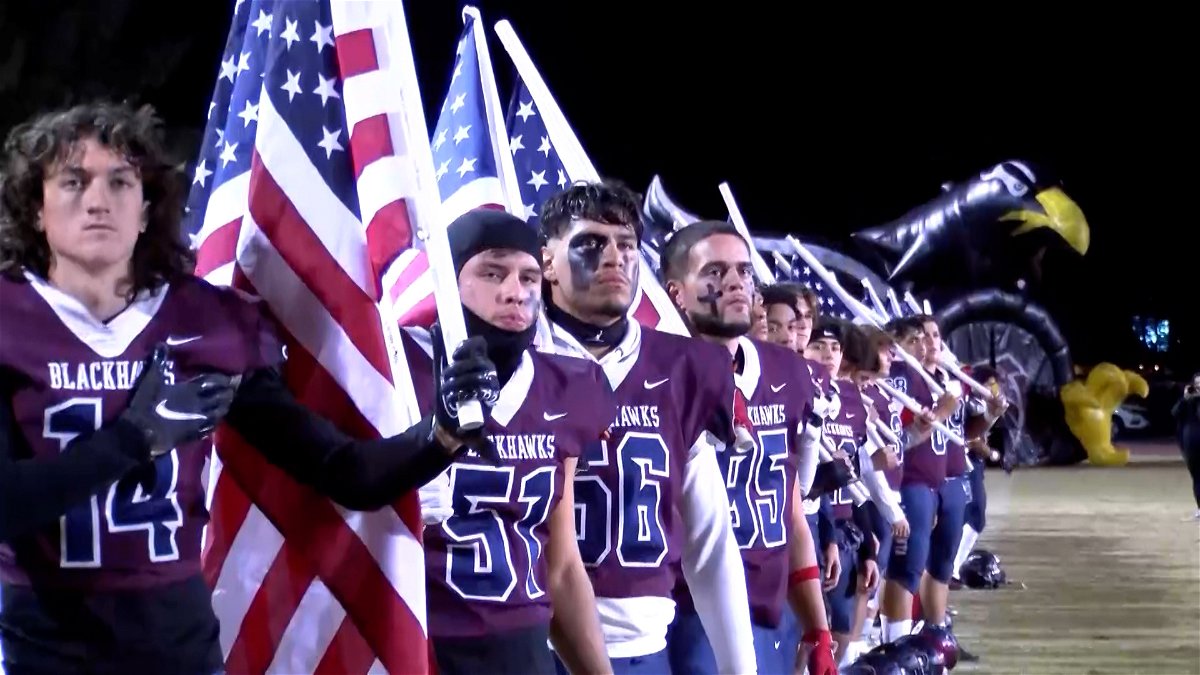 The Blackhawks were defeated by Laguna Beach on Friday night in the 2nd round of the CIF-SS Division 9 playoffs.

With the loss, it ends not only La Quinta’s season, but the entire high school football season for the Valley.

Before Friday night, La Quinta was the only local high school football team still standing. Of our six regional teams that made the playoffs, LQ was the only program to reach the 2nd round of the playoffs.

Outstanding race for @LQHSFootball finished in @CIFSS D9 quarters. Hell of a year for the Blackhawks.

🚩 Defeat your rival Palm Desert in Flag Game for the first time since 2016.

LQ’s loss is disappointing, but they have much to be proud of this season.

Here it is. We tied at 3 for first place in the 6-team DEL with PS, PD, LQ all finishing at 4-1. Half of the teams in the Desert Empire League are champions. @KESQ

After not winning any DEL games the past two seasons, LQ finished this 2022 season as DEL champions (league record 4-1), sharing the crown with Palm Desert and Palm Springs.

Not to mention, they defeated rival Palm Desert in an epic flag game, an instant classic that brought the flag back to La Quinta for the first time since 2016.