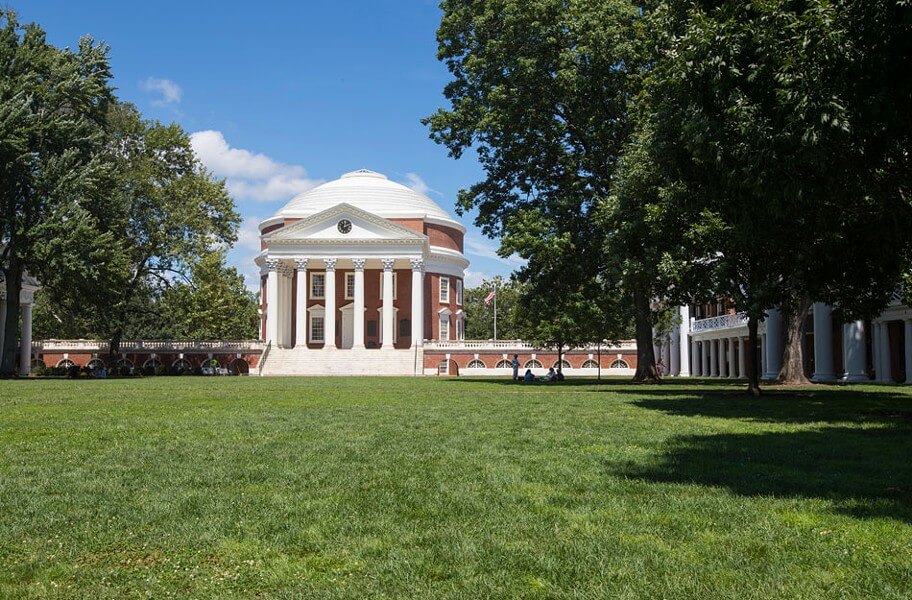 This isn’t another anti-gun tirade, though I have every reason and desire to launch into one after Sunday’s cold-blooded killings of three University of Virginia football players.

Suffice it to say, voices more convincing than mine have presented these arguments better and more profusely than I ever could have, unfortunately with little discernible effect. Guns still flood our streets, too often in the hands of people totally unfit to own them. Most nights, the shootings lead the local newscasts.

What gripped me was learning that the suspect in the murder of UVA wide receivers Devin Chandler and Lavel Davis Jr. and linebacker D’Sean Perry on a charter bus who had just returned to college after a excursion to Washington is a former teammate.

A rage so overwhelming that it drives people to respond to grievances by pointing a loaded gun at an opponent and pulling the trigger is foreign, though not unknown, in the world of football. While the rampage at Virginia Tech proved so tragic in 2007 and the shootings this year at Bridgewater College and Old Dominion illustrate, colleges are certainly not immune either.

What causes such uncontrolled fury? How can it fester â€“ sometimes unrecognized or unreported and too often untreated â€“ for months, even years, until it explodes with deadly force from the barrel of a gun?

There has been little authoritative or detailed reporting on the circumstances that would have driven the defendant, Christopher Darnell Jones Jr., to such anger. His father said in television interviews that his son was “really paranoid” the last time he saw him and that “some people were picking on him”.

University officials said Jones was linked to an investigation into a hazing incident, but the case was dropped because unspecified witnesses refused to cooperate.

It is incumbent on the UVA to make public the fullest possible account of everything it knew or investigated about Jones during his time at the university. This is going to come out anyway as the criminal case against Jones and possibly civil lawsuits are argued.

But if there are lessons to be learned from the immediate past that can save lives in the future, the full story should come to light sooner rather than later. The announcement Thursday by Attorney General Jason Miyares that he will appoint a special advocate to investigate events leading up to the killings is a step in the right direction.

The same call for transparency was made 15Â½ years ago after Virginia Tech student Seung-Hui Cho shot and killed 32 people after leaving a trail of largely ignored signs of the hatred that was bubbling inside. inside until he realizes his sick fantasies one cold April morning. . These details remained tightly held until they appeared in a report by a special then-Gov. Tim Kaine took on the task of investigating how Cho escaped the backstop. This led to legislative reforms concerning the misfortune of the state behavioral health system and campus security protocols. These security arrangements had put Jones on the radar AVU officials.

In particular, more should be known about these amorphous hazing claims.

Hazing is useless. It has no place in modern life, especially in academic circles.

In 2021, a Virginia Commonwealth University student died of alcohol poisoning during a fraternity hazing incident. The university recently reached a negotiated settlement worth nearly $1 million regulation with the family of 19-year-old freshman Adam Oakes. His parents said their son was given a bottle of whiskey at an off-campus fraternity and told him to drink it.

four men were sentenced in 2015 on charges related to the 2013 drowning of two Virginia State University students in the Appomattox River during an initiation ritual for a non-university-sanctioned group.

I suffered hazing related to being on the football team in high school and later in college.

High school was more abusive – a gauntlet of punches rained down on a player’s back as he crawled down the aisle of a school bus on the trip home from a road game. I wore livid bruises for weeks in silence. People have served time in prison for less serious assaults.

When I entered the literati club at the University of Mississippi, “week from hell” included Tabasco sauce and garlic juice sprinkled indiscriminately on the person.

My high school alma mater ended his barbaric ritual while I was there. Ole Miss banned the M-Club ritual in the mid-1970s â€“ as I was going through it â€“ after punches between two drunk teammates at a hazing event in an Oxford tavern led to lands one of them in the hospital.

The desire to avenge indignities or hazing injuries could (and has) led to fights, but no one turned to the lethal use of gunpowder and lead to settle scores.

What changed? The immediate availability of firearms? A culture that fetishizes their impulsive use against other humans? Peer pressure? Social media algorithms coded for amplify angry and antagonistic messages? The deterioration of family structures where those who harbor rage or mental illness could find refuge and help?

Most likely, combinations of these, says the American Psychological Association, warning that gun violence is a complex, urgent and multi-faceted problem. According to a AAP Report 2013 entitled “Gun Violence: Prediction, Prevention and Policy”.

The study indicates that developmental issues as well as gender and culture are “antecedents to gun violence”.

â€œYouth gun violence is often sensationalized and misunderstood by the general public, in part because of increasingly public acts of violence and associated media coverage,â€ its authors wrote. Gun violence, they continued, “is associated with a confluence of individual, family, school, peer, community, and sociocultural risk factors that interact over time during childhood and adolescence.”

The study notes that men primarily commit crimes involving firearms and that interventions aimed at repairing “distorted perceptions among men of social norms about behaviors and characteristics associated with masculinityâ€ might be helpful.

Virginia has had a lot of bloodshed, too many after-action reports gathering dust, and plenty of chances to better prepare and equip its mental health system to identify and heal those who pose a threat to themselves and others. others. Reforms inspired by the Virginia Tech massacre and the 2014 stabbing attack on the state, Sen. R. Creigh Deeds, D-Bath, through his son, who was struggling with a mental health crisis, forged a solid plan that state agencies struggled to execute.

Yet three of UVA’s brightest stars – young athletes and promising young men – lie dead as two other students recover from their gunshot wounds because… Why?

I’m still waiting for someone to explain to me everything which led to this terrible moment.

Get morning headlines delivered to your inbox