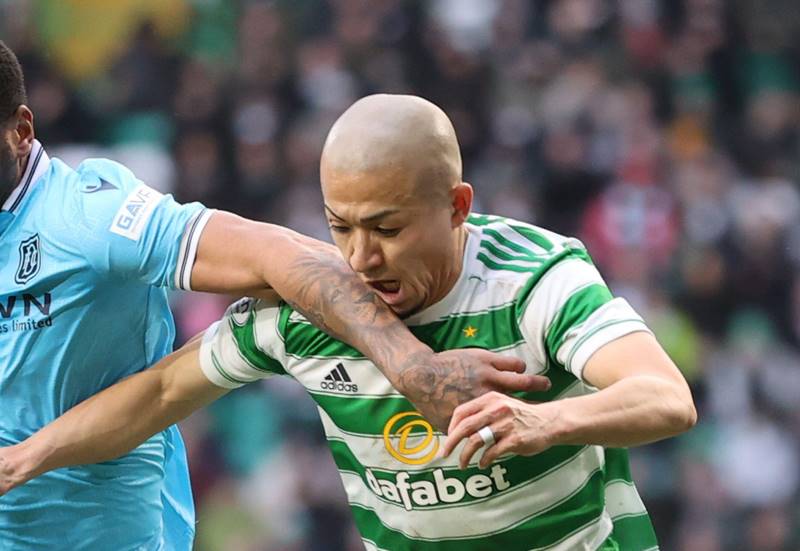 Hoibraten played the full 90 minutes for Bodo/Glimt against the Hoops in their historic 3-1 Europa Conference League win at Celtic Park last week and came up against Maeda and Giakoumakis.

While the Japanese star scored Celtic’s only goal in the first leg against the Norwegians as a striker, Giakoumakis was his side’s hero on Sunday as he netted a hat-trick to secure a victory over Dundee in the Scottish Premiership .

Defender Bodo/Glimt Hoibraten thinks Giakoumakis is different to Maeda, in that the Greek is stronger and more fox-like in the box, but hopes his side can handle him on Thursday.

Hoibraten acknowledged that it is very demanding to defend against Celtic as they are a good attacking side, but stressed that his side were up for the challenge.

Asked what he thinks of Giakoumakis as a striker, Hoibraten explained during a press conference: “Celtic play very good attacking football so they are demanding to defend against. [them].

“I think we did well in the first leg.

“So we are also ready for the task tomorrow.

“When Giakoumakis arrived, it was a slightly different striker from Maeda, who started the match.

“He [has] a little more muscle, stronger and a bit like a fox in the box.

“So yeah, hopefully we’re ready to take care of him tomorrow.”

Celtic have been in superb form in domestic competitions this season and will be determined to ensure their European journey this season doesn’t end this week with a big win in Norway.