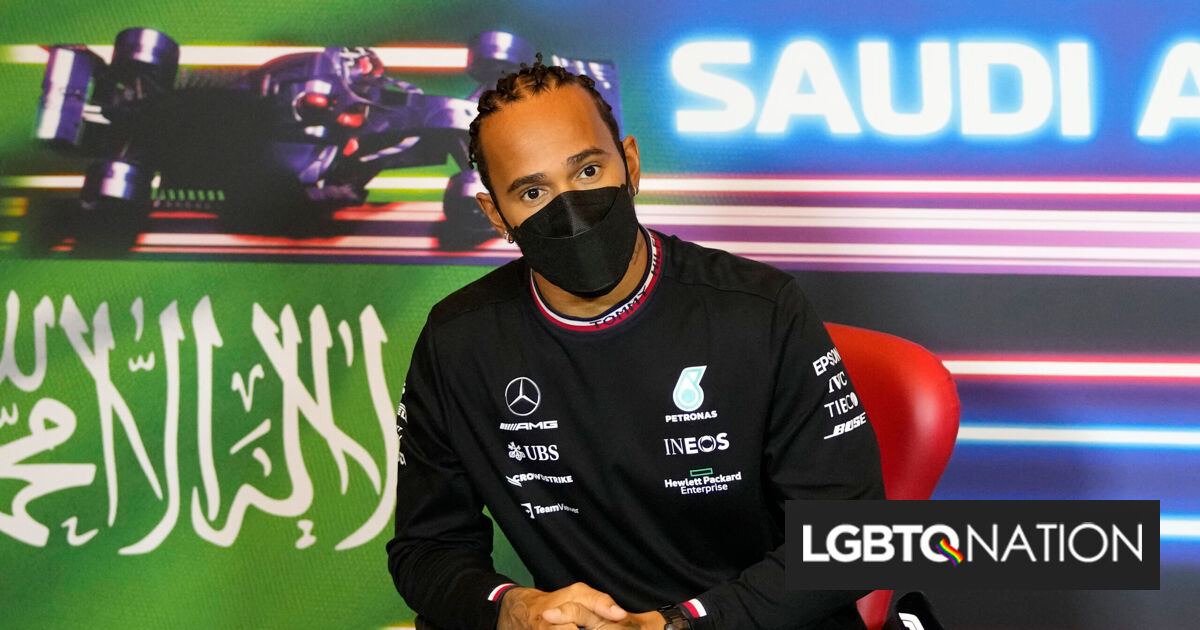 Shortly before this weekend’s Grand Prix race in Saudi Arabia, Formula 1 drivers are speaking out against the country’s “terrifying” laws that persecute LGBTQ people and women.

Star runner and seven-time world champion Lewis Hamilton, who also wore a rainbow striped helmet during a race in Qatar two weeks ago to protest the country’s laws that criminalize gay sex, has gone until he admitted he didn’t want to be there.

Related: This Gay Man Tries Out For A Different Kind Of Drag Racing

“Do I feel comfortable here?” I wouldn’t say yes, â€Hamilton told reporters at a pre-game press conference. â€œBut it’s not my choice to be here. Sport has made the choice to be here. And whether it’s good or bad, while we’re here I think it’s important that we try to raise awareness.

â€œFor the last race, for example, you saw this helmet that I was wearing. I’ll wear it here again, and to the next race [in Abu Dhabi]. Because it is a question which is a law. If anyone wants to take the time to read what the laws are for the LGBTQIA + community, that’s pretty terrifying. So there are changes to be made. “

Hamilton, who currently sits second this season, also highlighted the plight of women inside the country.

â€œThere are changes that need to be made,â€ Hamilton said. â€œFor example, women’s rights. They were only allowed to drive in 2018. But why are some women still in prison for driving many years ago? There are still a lot of changes to be made and I think our sport needs to do more. “

Other engines are also taking a stand for human rights and are starting to speak out on issues of social justice. Hamilton says it is â€œdutyâ€ to point out injustices that are overlooked by sporting authority.