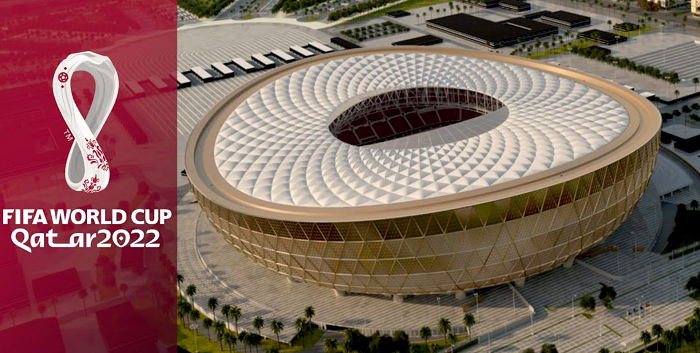 Football’s top official authorities have urged the 32 teams preparing for the most political World Cup in recent times to focus on the game and avoid lecturing Qatar in morality. FIFA President Gianni Infantino and General Secretary Fatma Samoura have sent a letter to teams urging them to ‘let football take center stage’ ahead of intense media coverage of coaches and players during the the announcement of the World Cup squads next week.

“Please let us focus now on football. We know that football does not live in a vacuum and we are also aware that there are many challenges and difficulties of a political nature all over the world. Don’t let not football to be dragged into all the ideological or political battles that exist,” the letter from Infantino and Samoura read.

All the details @SkyNews of the letter sent by FIFA chiefs to World Cup teams telling them to focus on football rather than giving moral lessons and thinking that one culture is better than another.https:// /t.co/etOF4xnyaK https://t.co/TL7jDXOSTm pic.twitter.com/sxBPZCGQpu

The letter, however, fell short of a request from England and Wales and six other European nations who had asked that their captains be allowed to wear multi-coloured ‘One Love’ wristbands at the FIFA Cup. world, which is a response to concerns about anti-LGBTQ+ laws.

“At FIFA, we try to respect all opinions and beliefs, without giving moral lessons to the rest of the world. One of the great strengths of the world is indeed its very diversity, and if inclusion means anything, it is respect for that diversity. No people, culture or nation is ‘better’ than another,” the letter read.

“This principle is the very cornerstone of mutual respect and non-discrimination. And it is also one of the fundamental values ​​of football. So please let us all remember that and let football take center stage,” he added. Infantino also said everyone would be welcome in Qatar, regardless of race, origin, religion, gender, sexual orientation or nationality.

Qatar’s selection as host of the World Cup in 2010 drew criticism for its treatment of low-wage migrant workers needed to build projects worth tens of billions of dollars, as well as for its laws criminalizing relations homosexuals. Eight European teams have agreed to have their captains wear heart-shaped armbands to support an anti-discrimination campaign, in violation of FIFA rules.

Several coaches and federations have meanwhile supported calls for the creation of a compensation fund for the families of migrant workers. The Denmark team this time wears a black jersey as a sign of “mourning” for those who died in Qatar. Iran have also been called for a World Cup withdrawal ahead of their match against England on Nov. 21 in a group that also includes the United States.

Iranian fan groups want the federation suspended for discriminating against women, and Ukrainian football officials have asked FIFA to expel Iran from the World Cup for human rights violations and supply of arms to the Russian army. About 1.2 million international visitors are expected in Qatar during the tournament from November 20 to December 18.

What is Listenbourg? Why is it going viral on Twitter? Why has the meme become so important in Europe?