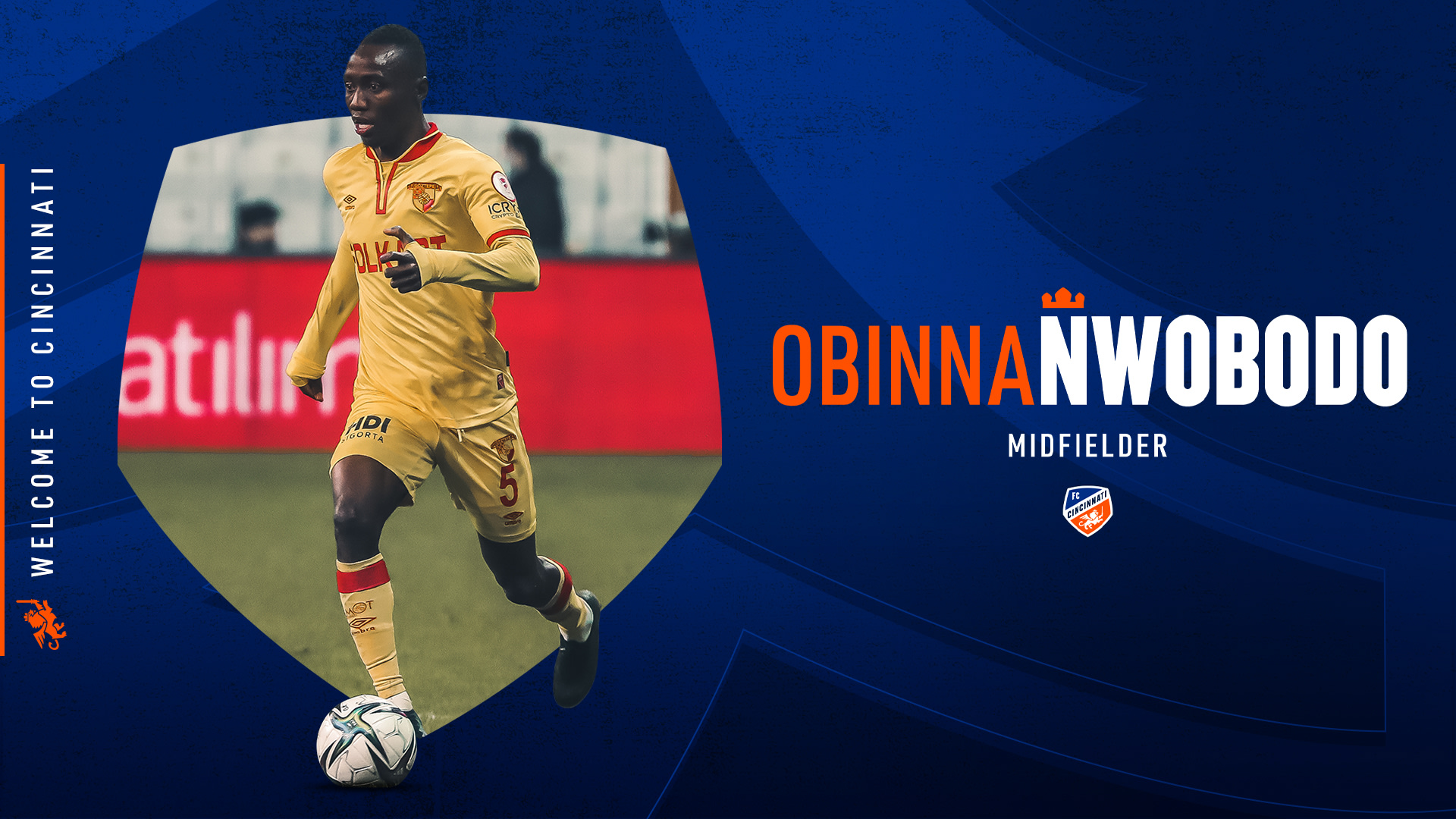 FC Cincinnati have acquired midfielder Obinna Nwobodo from Göztepe SK of the Turkish Süper Lig by transfer, the club announced today. The club has signed a contract with Nwobodo for the 2024 season, with a club option for 2025. Nwobodo, 25, will join the club as a Designated Player and take up a spot on the international roster, pending receipt of his visa P-1 and its international transfer. Certificate.

The Nigerian midfielder arrives from Göztepe, where he made 62 appearances in all competitions since his arrival in Turkey in September 2020. Nwobodo currently first class in the Turkish Super Lig in tackles (121), the beads of recoveries (432 ) and pressure (772) this season. His 93 interceptions also rank among the best in the league.

“We are thrilled to welcome Obinna to FC Cincinnati,” said FC Cincinnati General Manager Chris Albright. “His overall quality will complement our group, while his work rate and defensive presence in midfield are both exceptional. Obi is also a dedicated teammate with a character that matches what we’re trying to build. I want to thank our ownership group as they continue to demonstrate their commitment to this club.

Prior to his move to the Süper Lig, Nwobodo made 114 appearances for Újpest FC in the country’s top flight NB I. With Újpest, he scored 15 goals and added 22 assists in four seasons.

“Obinna is an elite midfielder who wins the ball and adds a different dynamic to our team,” said Pat Noonan, head coach of FC Cincinnati. “His ability to break the game, combined with its mentality of attacking first, make him an excellent addition to our group.”

Nwobodo, 25, started his professional career in his hometown of Enugu, Nigeria. He signed with Rangers FC in 2015 and in his first season with the club scored seven goals, provided 10 assists and was named the club’s player of the year en route to the club’s first league title in 32 years.

He competed at international youth level for Nigeria, representing the Super Eagles at the CAF U20 Championship in 2015. Nwobodo scored a crucial goal in the semi-final against Ghana as the Nigerian U20 side won their seventh title .

TRANSACTION: FC Cincinnati acquires Obinna Nwobodo from Göztepe SK via transfer on April 13, 2022. Nwobodo signs a contract until 2024, with a club option for 2025.